An elite soldier with eidetic memory gets amnesia and is sent back to the one battleground he escaped from 10 years before; home. 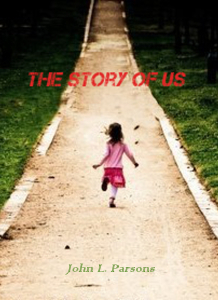 My name is Amity and aside from a curse, I was an average child. I say average because that is the way I remember it; the typical school with the typical friends in a typical town.  A place and time where few things changed, and those that did tended to make life intricately tedious.  Like the telling of a senseless story, over and over again; until one day I found myself in it. Even at the age of almost ten… I was lost.

I had the life that anyone would like, but not the life I wanted. I remember lying in the lawn watching the distant images upon my eyes and wonder where they lead? Like dreams within my mind, free to wander where they please, they took me wherever I wanted to go. But I did not know which way to go. I would simply wander. And when I opened my eyes, the images shattered in the light. Suddenly all my make-believe, what I wanted to believe, becomes deceivable. Things that were never meant to begin began to never end. I remember many things that way.

Even after all these years, it is still vivid; because that was my curse, to remember every detail of everything.  From the first loose strand of string to the last words spoken, I never forget. Of course it is my secret. I didn’t even reveal it to my mother; though thinking back now, I can’t explain why. She was the most compassionate and open person I ever knew.

The only thing she kept to herself was a small picture taped to page 18 of The Great Gatsby novel, which she kept in the lower drawer of her nightstand. I saw it once, only for a second, on a rainy day in September, 1991. It was of her and a young man together by a waterfall. I often wondered, but I never spoke of it. Somehow I knew. It was the hidden passage that allowed her to escape this familiarity.

She use to say not to ponder on the reasons too long; some things are best left unknown. But I couldn’t be like others, accepting, holding on with a thousand questions screaming in my head. I wanted to laugh. Why couldn’t I just laugh? I was so damn serious staring onto an imitation of life. I was tired…tired of the girl in the mirror, tired of being safe, tired of her knowing.

I was destined to be the most ordinary girl in the world until that June morning, some six thousand miles away … my father was born. And life recoiled.