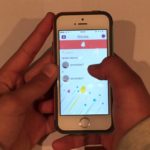 It’s not something that is readily recognized, but most of us are avid fans of stories. Who among us has lived a day where we do not, at some moment, go silent to hear a narrative? The telling begins from the moment we rise, then streams long into our rest. Whether it’s by word, text, or email, there is always details that demand our attention. After all, we live in a technological world where everyone is an assertive author. And that is not entirely a bad thing. As our minds open to imagine, to understand, to relate, we somehow see a worthier world than the one we knew.

For some time now, as I have wandered from the ever learning man that I use to be, I believed that. In every day I still listen. But it is faded. For it’s the quick articles or the brief immaterial news casts that are given to bear some resemblance of importance. There is little profound thinking in passing of the day. We become the ants that steadily work to live without the wanting to know why, we the kings of nothing.  And as I lie to slumber each night, I would fade with a hopeless thought of thinking beyond that day or the restless days to come. 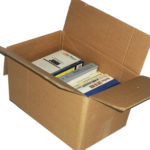 Then one morning a local library is relieved of its insignificant material. What a tragedy to hear, I thought. So I left a list of writers and topics that I held still significant. That night, the wars, the history, the words of novelists, poets, and playwrights were left in boxes at my door. Their works seemed forgotten, their library cards not stamped in years. But as I turned their yellowed pages, the deep dreams of great writers were awaken within me. The Best Short Stories of the Modern Age became my companion for some weeks. I would pull it from my pack to give me sustenance throughout the days. A story by Poe, then Hemingway, then Conrad, Anderson, Faulkner, …each a symbolic reflection of what it is to be human, and why.

This is a moment where I breathe. For seemingly, I found something I did not realize I so desperately needed. We live in age where we think we feel, where we think we know. We think this is life because it is the only living we know, to expect without exertion. It is tiresome to read, and far more demanding to understand. But if you could envision that moment through the author’s eyes, you would find such beauty, and be a far more content within its glow.  For no one can describe it so eloquently as a person that has pondered upon it so endlessly. 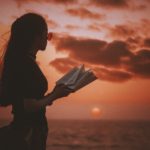 Photo by Aziz Acharki on Unsplash